Paving the way to safer streets 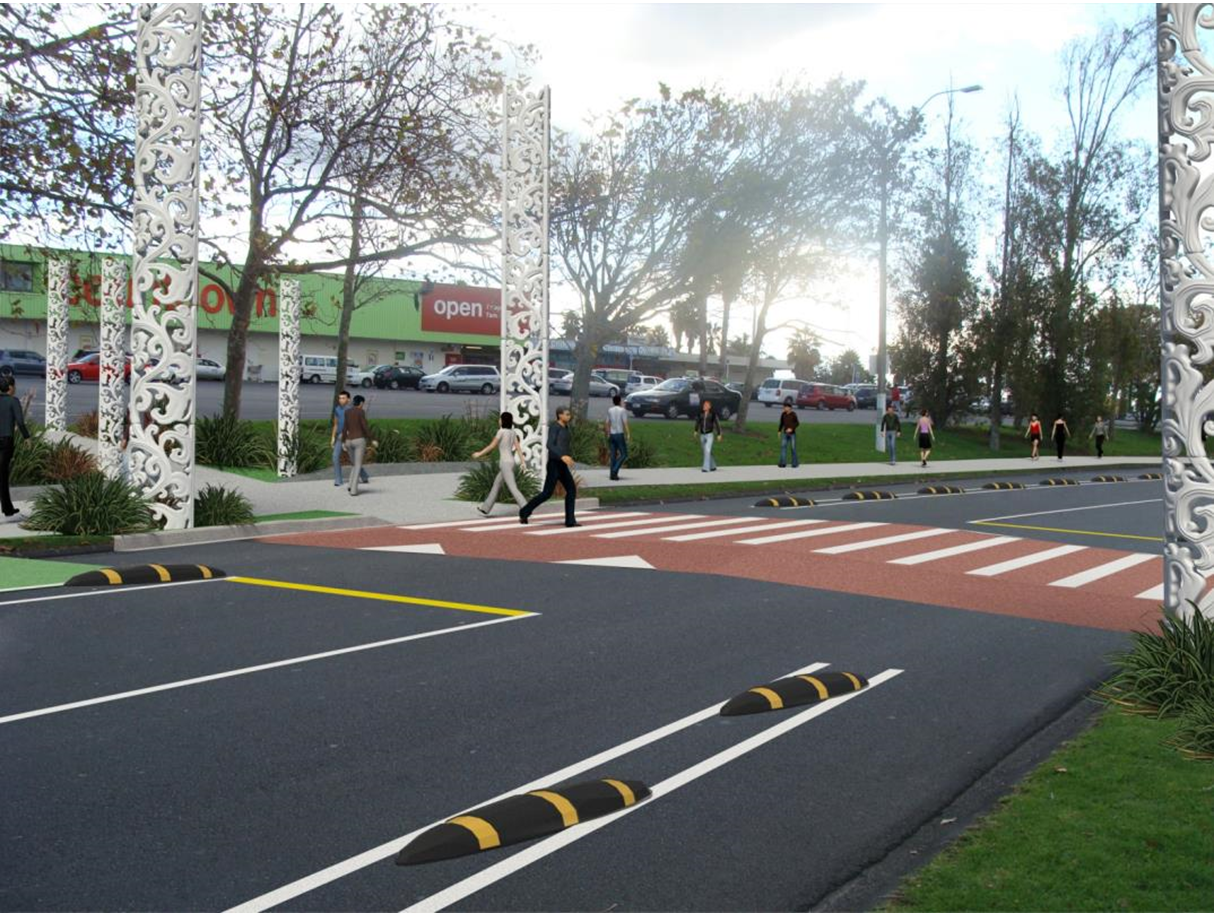 Paving the way to safer streets

Future Streets or Te Ara Mua is a $7 million traffic safety project with additional spin-offs - getting people biking and walking to local amenities, improving air quality and encouraging children to play outside.

The joint initiative, involving Auckland Transport, four universities, ACC, NZTA, MBIE and the M?ngere-?t?huhu Local Board, has recently finished consulting with the community on ways to make their streets safer and easier to use.

University of Auckland public health lecturer Dr Jamie Hosking said a similar previous project, changing the design on some roads in Point England, has reduced the speed of cars and had other positive effects.

“The average speed on those local streets was 40 – 50 km an hour, now it is down to around 30 km.  As well as more than halving crash costs, there’s some evidence of more pedestrians and fewer cars.”

The transformed streets in Point England are called ‘self explaining’ as they now give users visual cues to slow down, by using kerb extensions, community artworks and planting trees , he says.

Dr Hosking is hopeful that by making M?ngere Central safer to walk and cycle, there’ll be fewer traffic injuries, and in the long run, fewer cars.

A major evaluation of traffic incident and road user counts and of air pollution emissions, as well as a survey on physical activity, travel, social networks and perceptions will measure the project’s success, comparing data with M?ngere East as a control.

M?ngere Central is currently fourth out of 275 Auckland communities for fatal and serious crashes.  Future Streets aims to reduce this toll by 50 to 70 percent over ten years.